Mr Jonathan Joseph is a leading consultant ENT surgeon based in London with a specialist interest in rhinology. He treats conditions such as chronic sinusitis and nasal deformity that causes both functional and cosmetic problems.

In 2004, Mr Joseph graduated in medicine from the Royal Free and University College Medical School. Prior to this he also gained an intercalated bachelor of science degree in human genetics in 2001.

His surgical training was in London and he then started his higher surgical training in ENT at the John Radcliffe Hospital in Oxford. After further training at Northampton General Hospital, Mr Joseph moved back to London where he was trained by some of the most highly respected surgeons in the country. He trained at various centres of excellence, including the Royal National Throat, Nose and Ear Hospital, St Mary’s Hospital and Charing Cross Hospital.

Mr Joseph gained his Fellowship of the Royal College of Surgeons of England in 2014 after which he completed his ENT training in 2015. He completed two fellowships in rhinology, skull base surgery and facial plastic surgery. The first was at the Klinik Hirslanden in Zurich and the second at the Royal National Throat, Nose and Ear Hospital.

Mr Joseph teaches on the faculty of a number of internationally recognised training courses and regularly lectures at academic conferences. His philosophy is that if someone has been referred to him for a specialist opinion, then he must provide the best possible care and management of their condition. 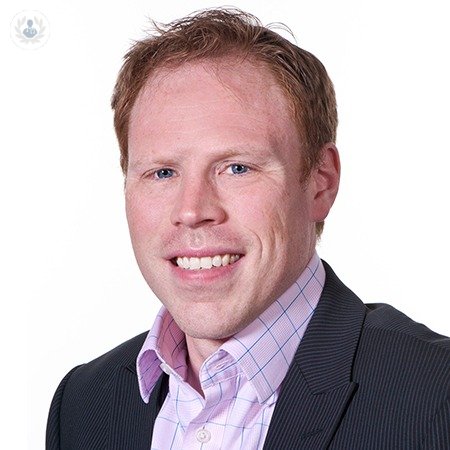 What is paediatric ENT? ENT is a medical subspeciality that deals with the prevention, diagnosis, and treatment of conditions that affect the e...

What is rhinoplasty? A rhinoplasty, more commonly referred to as a ‘nose job’, is an operation performed to change ...

What is snoring? Snoring and obstructive ...

Index: What is tonsillitis? ...

One of the best surgeons in London. Also, so kind and generous with his time. Always goes above and beyond to get the results and care you need.

Mr Jonathan Joseph was very pleasant with me, went above and beyond to address all of my concerns and questions and was very pragmatic

Couldn’t have asked for any better, had the consultation and procedure within just over a week of each other and received the best care possible.

Thank you Mr Joseph for a very friendly and professional service!

I'd recommend Mr. Jonathan Joseph to anyone who needs professional approach.

Very knowledgable, approachable and practical. Clearly is a master of his trade.

I found Mr Joseph extremely informative helpful . I would have no hesitation meeting him in the future.

A really fantastic experience overall. Mr Joseph has such a lovely calming manner, always explained everything to me so clearly, I was happy to go ahead without any hesitation. It all happened within the month and it has completely changed my life!

3 weeks post op and I definitely feel like I've made the right decision. Dr. Joseph made me feel at ease from the first consultation right through to the last one I had. Would definitely recommend.

I am so impressed with my Septorhinoplasty experience. From my first appointment with Jonathan, I felt comfortable with him straight away. He understood exactly what I wanted and I couldn’t be happier with the result! The nurses at The London Clinic were so kind to me, I felt really looked after. I can now breathe better through my nose and the imperfections on the outside have been perfected. I couldn’t be happier. Thank you 🙂 Melanie

From my first consultation, to the operation and recovery my whole experience was incredible! Not only did I experience little to no bruising and swelling, but hardly any pain post-op at all. Plus my final nose was more than I could have ever wanted!

Dr Joseph is great, I would highly recommend to anyone. I had Septorhinoplasty and the result is exactly what I wanted.

I can not thank Dr Joseph enough, he put me at ease and since the operation I have really felt and seen a difference. I cannot recommend him enough!

dr Joseph was very clear and informative in his explanation of the type of surgery that I needed to have.I had a lot of questions regarding the operation, and Dr Joseph is very patient and thorough in his advice. Surgery rent really well and I’m very happy with the result

Mr Joseph is an excellent surgeon, he clearly explained the procedure and went through the achievable functional and cosmetic outcomes. I had a septorhinoplasty with no complications. The recovery was smooth and the outcome was perfect.

Extremely happy with all aspects of the service. Would definitely recommend.

Mr Joseph treated our 9 year old daughter for nose bleeds. He took the time to explain everything to her and made her feel immediately at ease. We couldn’t be any more grateful.

Mr Joseph is incredibly knowledgeable, friendly and professional. Put 3 year old at ease, arranged grommet surgery and follow ups etc with no drama. Would recommend for sure.

Dr. Joseph is a natural at his work. Having had my nose fixed right up following an accident, I would trust him 100% with anything nose-related. Two previous ENTs had said nothing could be done after using fancy camera tubes to look and charging me extra.

Mr. Joseph and his whole team are friendly, professional and organized. Honestly top notch and I highly recommend.

Mr Joseph really made me feel comfortable with my septorhinoplasty and was so reassuring. I would have no hesitation in recommending him and after a lot of research, seeing other consultants (private and nhs) I am happy that Mr Joseph was the right choice

I had my first initial consultation with Dr Joseph last year for tonsillectomy, and this yr had the procedure done by him. Everything went well and as to planned, very friendly, informative as well as a trained professional. Would definitely reccommend!

A kind and caring professional, Mr Joseph discussed all available options and outlined a clear care plan. Hospital staff and after care have been excellent. From initial appointment to surgery was around 6 weeks.

After years of suffering from tonsil stones, I saw Dr. Jonathan Joseph who suggested an adenotonsillectomy. I am almost fully recovered and haven't felt better in years - a clear head and certainty that I will never have a tonsil stone again! 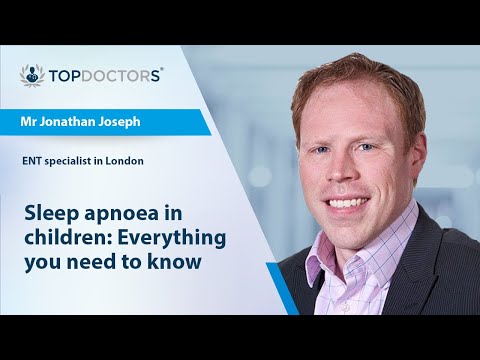 Sleep apnoea in children: Everything you need to know - Online interview 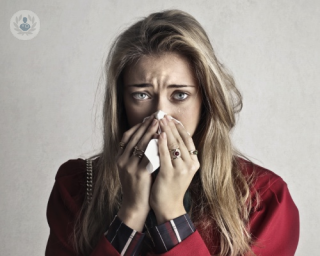 What is sinusitis and what are its symptoms?

Consultant otolaryngologist Mr Jonathan Joseph describes some of the signs of sinusitis, the reasons it occurs and treatment options.
Read more 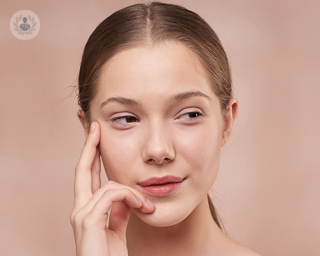 Can you have a rhinoplasty (nose job) if you have body dysmorphia?

Mr Jonathan Joseph, an otolaryngologist who performs both functional and cosmetic rhinoplasty, explains how dysmorphia can be identified and dealt with so that patients get the best outcome possible.
Read more

This website uses cookies to improve your experience while you navigate through the website. Out of these cookies, the cookies that are categorized as necessary are stored on your browser as they are essential for the working of basic functionalities of the website. We also use third-party cookies that help us analyze and understand how you use this website. These cookies will be stored in your browser only with your consent. You also have the option to opt-out of these cookies. But opting out of some of these cookies may have an effect on your browsing experience.
Necessary Always Enabled
Necessary cookies are absolutely essential for the website to function properly. This category only includes cookies that ensures basic functionalities and security features of the website. These cookies do not store any personal information.
Non-necessary
Any cookies that may not be particularly necessary for the website to function and is used specifically to collect user personal data via analytics, ads, other embedded contents are termed as non-necessary cookies. It is mandatory to procure user consent prior to running these cookies on your website.
SAVE & ACCEPT